WE ARE HERE TO HELP YOU RISE

Career empowerment + leadership development (but not as you know it).

The next evolution in women’s career empowerment and leadership development.

If you’re a woman looking for ways to elevate your career with purpose, feel more confident and like yourself when you go to work everyday, and unlock your potential both personally and professionally, then our digital content, signature Women Rising program, coaching and community is here to support you.

If you’re a business or organisational leader looking for a proven method to help your women show up with authenticity, confidence, and leadership skills that will create breakthroughs not just for them, but for your business, then our tested Women Rising programs will help you cut through the noise and create real positive change.

And if you’re a coach or leader wanting a coaching curriculum that is tested, and with tools that fast track women’s success, we can help.

With an evidence base in positive psychology and neuroscience, the latest in workforce and gender research, and cutting edge leadership and wellbeing principles, the Women Rising Journey is unique, tested and powerful at activating real and sustainable change.

From decades of experience in companies all over the world, and from supporting thousands of women with their development, we know that the fusion of science, spirit and experience delivered in all Women Rising programs, coaching and training is the difference maker for women’s career and leadership evolution, and for business success. 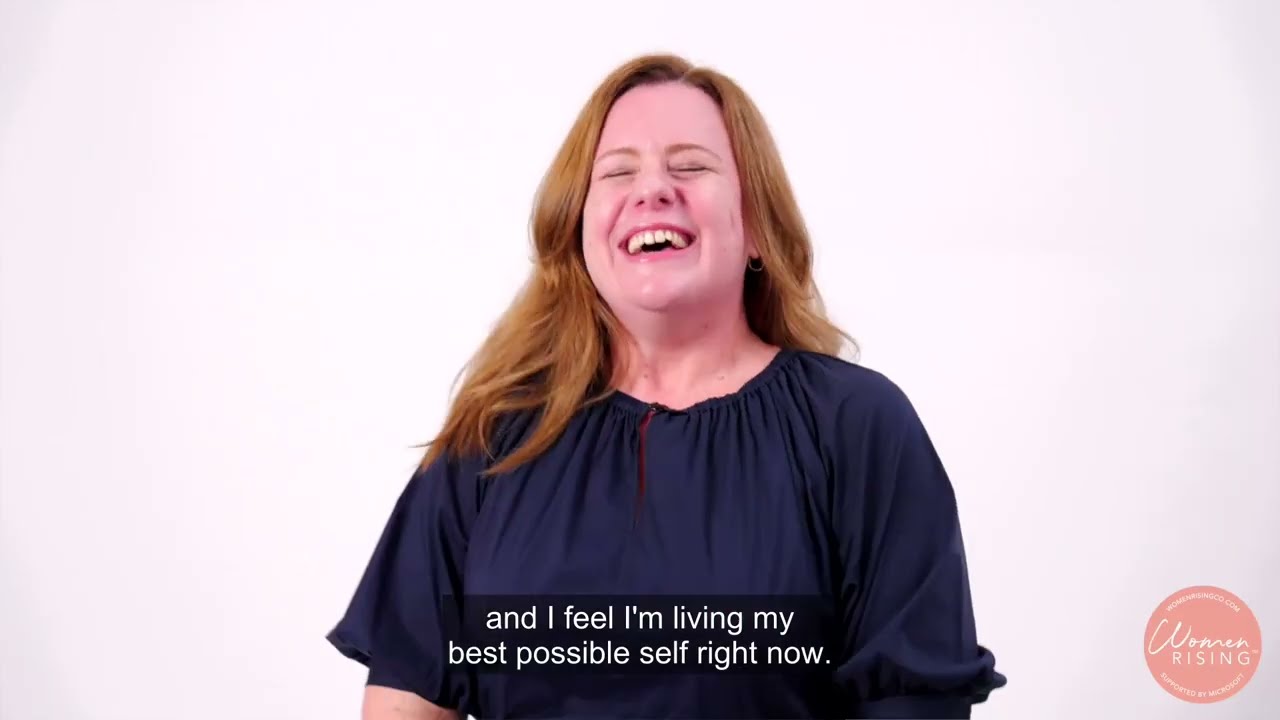 How we can support you

The Women Rising Journey, the evidence based model core to our programs draws on decades of corporate and academic experience and understanding of what the critical success factors are for women in their career, leadership and life journey. With an evidence base in positive psychology, neuroscience and behavioural studies, the Women Rising Journey is a unique fusion of science, spirit and experience. We fuse that science with the latest in gender research, leadership development, wellbeing principles and human flourishing designed specifically to bring out the best in the women we serve.

The fusion is important because you need to know that the tools, practices and teachings are based on evidence and research as well as decades of executive and academic experience. It’s also important to know that the holistic approach that is at the heart of our work, is what will allow your women to connect with it on a deeply personal level, open them up to the possibilities for their career and leadership journey, and create deep inner and outer transformation.

It truly is a profound and unique model and it’s one of the reasons this work is so remarkable. All of our programs, coaching and training is based on this core journey, which gets to the heart of what impacts modern women on their path to professional and personal success. 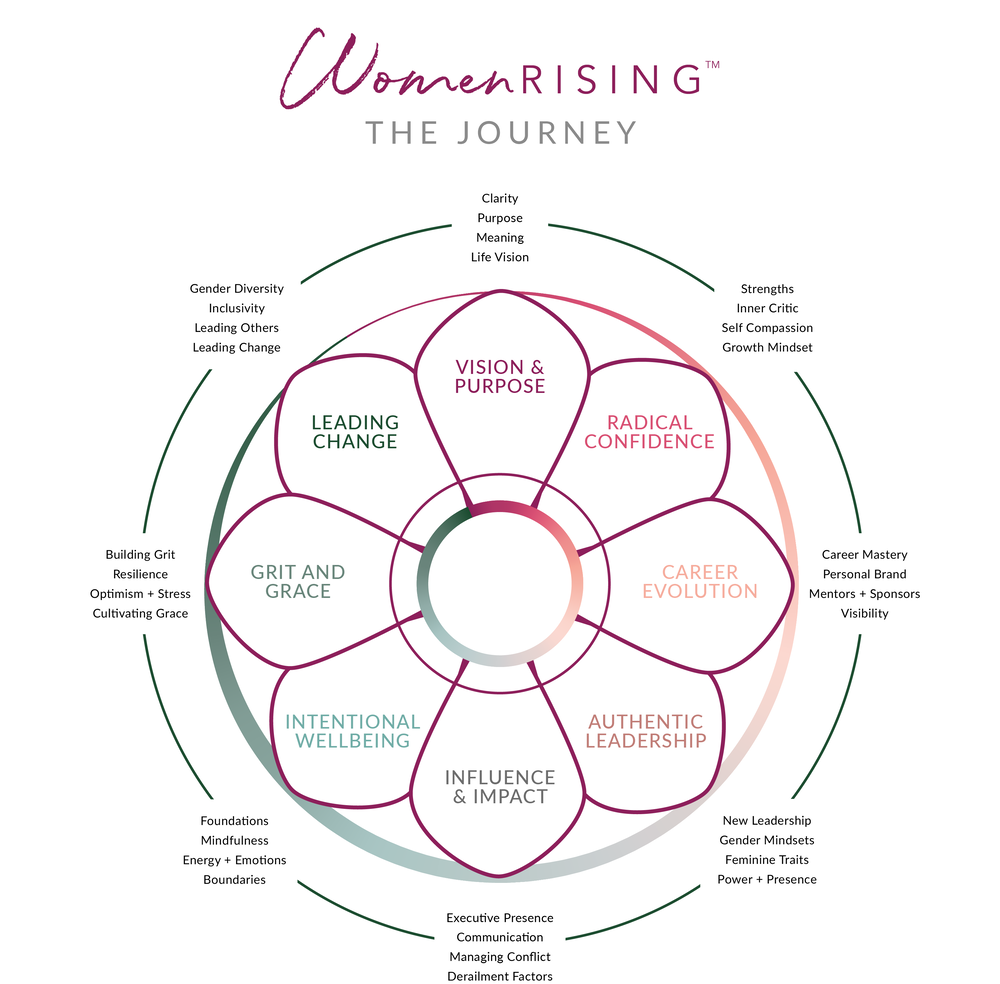 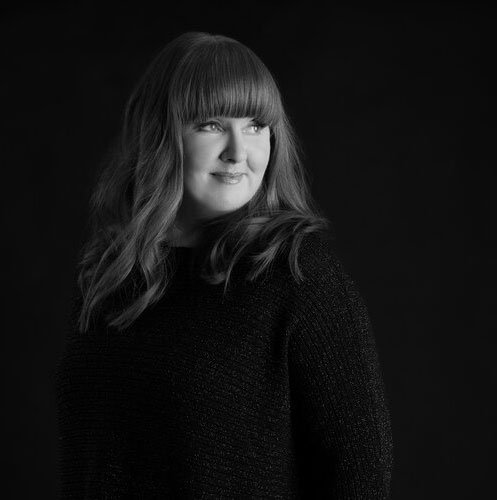 Meet Women Rising Founder and CEO, Megan Dalla-Camina. Megan is a global advocate for women and one of the world’s leading experts in women’s leadership, wellbeing and empowerment.

As a women’s mentor, speaker, coach and author, Megan supports women to step into their power, thrive in their careers and be authentic leaders that make a difference.

Megan is a sought after strategist, thought leader and researcher on women’s leadership, creating a new frontier for women and work. With an unequalled depth of experience, she is engaged by companies, leaders and women around the world from the US to China, Australia to the Middle East who are ready to create real and sustainable change.

Megan has appeared on NBC, CNN, CBS News, and in hundreds of media outlets including Forbes, Fortune, Fast Company, Thrive Global, Well + Good and as a columnist for Psychology Today; and she is the best selling author of three books: Getting Real About Having It All, Lead Like A Woman, and her latest best seller, Simple Soulful Sacred: A Woman’s Guide to Clarity, Comfort and Coming Home to Herself.

Megan had an 18 year executive career, heading up strategy, gender diversity, leadership, and as an award winning marketing director in companies including PwC, GE and IBM. Her last corporate role was as Head of Strategy for a 5 Billion dollar division of IBM, with remits for Gender Diversity and Organisational Culture and Change. She was one of the founding implementation leaders in the Male Champions of Change initiative with the Human Rights Commissioner which has been one of the most powerful global change efforts for gender diversity.

After leaving her corporate career almost a decade ago in response to both women and organisations seeking her out to teach, coach and lead positive change for professional women, Megan created her own successful strategy, coaching and speaking business, and cofounded an award winning women’s leadership company.

Women Rising builds on decades of Megan’s work supporting thousands of women in dozens of countries. The Women Rising signature career and leadership framework is the next evolution of empowering women to lead with confidence, show up as their most authentic selves, and live with levels of wellbeing that can sustain them both personally and professionally.

Megan blends science, spirit and experience to drive results that matter - for women longing to step into their power and for organisations wanting to empower their women and increase gender equality. She has been referred to by Forbes as “brave” and by Naomi Wolf as “refreshing”. Her clients refer to her as "The voice of now" (AMP Amplify Festival), "Persuasive and powerful" (Women's Agenda), "Uniquely positioned" (CEO Forum) and "Inspiring" (Elle Magazine).

A life long learner, Megan has two Masters degrees (Business Management from MGSM + Wellness/Positive Psychology from RMIT), a partial PhD in women’s leadership, and is a qualified yoga and meditation teacher. She has recently completed the Inner MBA program at NYU, and is working on her 4th book.

Megan has changed the lives of thousands of women. She has developed a truly unique roadmap that will revolutionise the way women show up, how they lead, and how workplaces deal with the challenges of getting to gender parity.

Your privacy matters and your information is safe with us. We promise to never share your details.