6 Powerful Speeches That Every Woman Must Watch

6 Powerful Speeches That Every Woman Must Watch

Yesterday marked the 10 year anniversary of Julia Gillard’s famous misogyny speech. It was a moment to remember, on the 9th of October, 2012 when Julia Gillard spoke out against the sexism and misogyny that she was experiencing in her role as prime minister, that most women have faced in their lives, and many in their careers. It was an important moment for us all to see what it looked like for a woman to stand confidently in her anger and call sexism and misogyny out for what it was, and to demand a better standard of behaviour.

On that same day, the 9th of October 2012, a young girl who had been advocating for the rights of other women and girls was horrifically injured because of her efforts. It’s been 10 years since Malala Yousafzai was sitting on the school bus on her way home, when the Taliban boarded and shot her in the head to try and silence her. Not only did they fail in their attempts to silence her, but Malala has gone on to become one of the most powerful and inspiring activists for education and the rights of women and girls.

As we remember that day and the incredible ripple effect it has had, we take a look at the top 6 powerful speeches that every woman must watch. 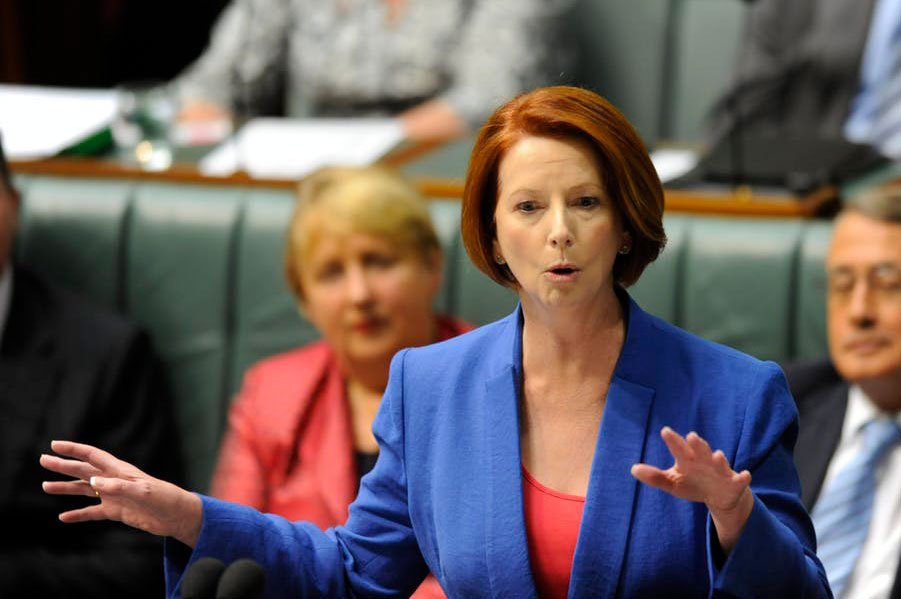 “I will not be lectured about sexism and misogyny by this man. I will not.”

Last week I was able to attend the Not Now, Not Ever event in Sydney, which celebrated the impact of this famous speech, and the release of Julia Gillard's new book under the same name. Julia Gillard spoke about what happened on that day and how she’d had an absolute gutful and could no longer put up with the hypocrisy of the then leader of the opposition Tony Abbott. When she was asked whether the speech had been planned and written ahead of time, or if she’d winged it in the moment, Julia confirmed that she’d mostly winged it.

Of course, she knew what they would be speaking about in parliament that day and so as she prepared for what she thought would be an ordinary ‘question time’, she asked her team to gather together Tony Abbott’s top 10 sexist comments that he’d made recently. As she walked into the house of representatives, with 10 sexist Tony Abbott quotes in hand, she did not know that he would be raising a motion to demand the resignation of Peter Slipper. Julia describes how she scribbled down some loose notes as Tony spoke, and when she got up minutes later to oppose Mr. Abbott’s motion, what came out was the speech we know today as the misogyny speech. It was real, it was raw and it spoke to so many women’s lived experiences, which is why it was voted the “most unforgettable moment” in Australian TV history by a Guardian Australia poll in 2020. 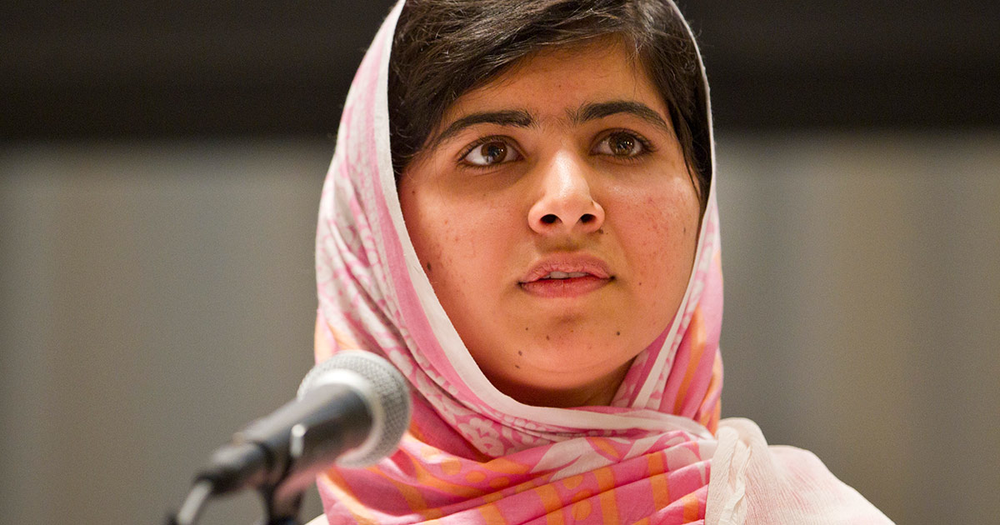 “So here I stand, one girl among many. I speak not for myself, but for all girls and boys. I raise up my voice — not so that I can shout, but so that those without a voice can be heard.”

Malala has given us so many powerful speeches in the 10 years since the devastating attack on her life, but the speech which she gave to the UN on her 16th birthday, just 9 months after she was shot, is an incredible example of her strength, bravery, wisdom and compassion. It is awe-inspiring to watch a young woman speak of the world she wants to live in and boldly call on governments and world leaders to change their strategic policies in favour of peace and prosperity.

Malala calmly tells us that she is not against anyone and doesn’t even hate the man who shot her, because she believes in compassion, forgiveness and non-violence. It’s an example of fierce, feminine power. Speaking directly to world leaders, she calls upon them to ensure that any peace deal they make protects the rights of women and children and reminds them that any deal that goes against the dignity of women, is unacceptable. At just 16, Malala shows us all what it looks like to stand up for what we believe in, to speak out against injustice and to give a voice to those who go unheard. 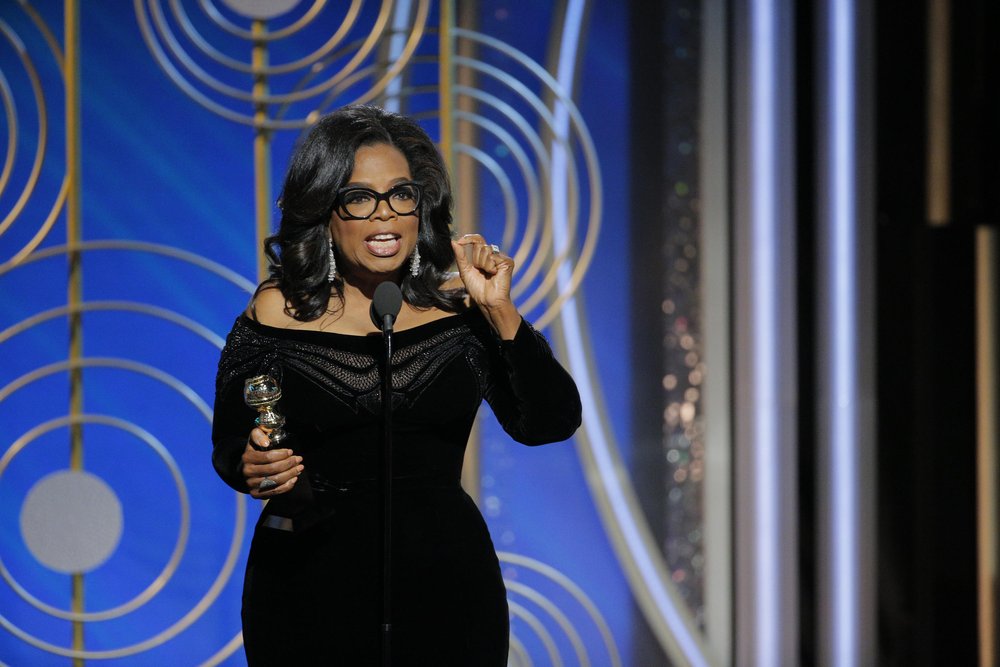 “For too long, women have not been heard or believed if they dare speak the truth to the power of those men. But their time is up. Their time is up.”

If you haven’t watched this speech, I encourage you to watch it now.  Watch it and soak in the moment that one of the most powerful women on the planet – a self made billionaire, African American woman, raised out of poverty, who speaks of self love and worth and purpose and spiritual awakening – told a room filled with some of the most powerful people in the world that time is up.

She told the world that the power was shifting. That we see you. That a new day is dawning and all girls, and boys, can hope for a better future where anything truly is possible in a world where you can be safe to go after your dreams without having to give up your dignity in the process.

“I want men to take up this mantle. So their daughters, sisters and mothers can be free from prejudice but also so that their sons have permission to be vulnerable and human too—reclaim those parts of themselves they abandoned and in doing so be a more true and complete version of themselves.”

Alongside her incredible work as an actress, Emma Watson has become known for her activism, which shines through in this speech at the United Nations when she launched the HeForShe campaign. Emma talks about what feminism really means and an awful problem that has emerged where fighting for women’s rights has become synonymous with man-hating. She powerfully reminds us that gender equality is everyone’s issue, and that men are also imprisoned by gender stereotypes. If we are going to get to gender equality, we need to work together. Afterall, as Emma says “how can we affect change in the world when only half of it is invited or feel welcome to participate in the conversation?”

This is something we wholeheartedly believe in at Women Rising and it’s why we created our manager and allies program. Men stepping up alongside women as effective male allies are a critical piece of the puzzle to enable more equal workplaces for all. If you know a man who’s looking for support to become a better male ally, you can send him the link to our free guide: 20 Ways To Be An Effective Male Ally. 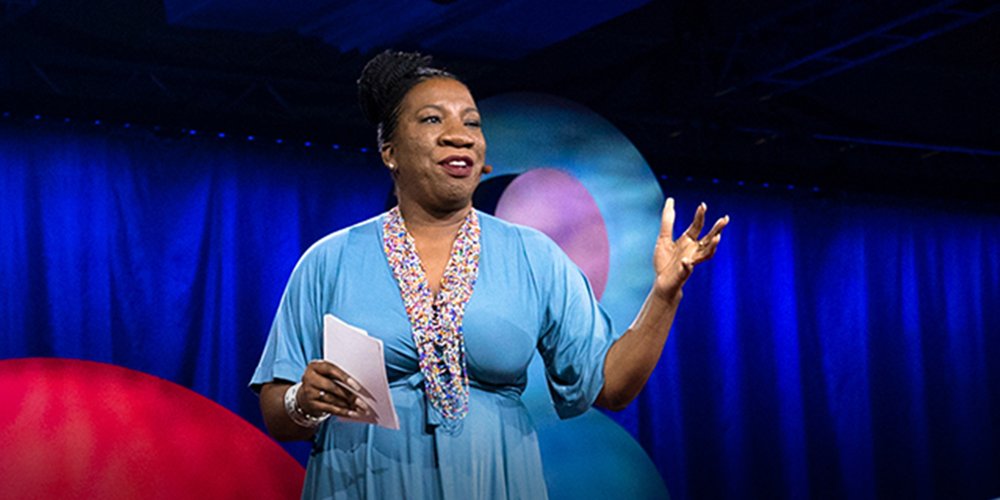 “This is bigger than a moment. It's the confirmation that we are in a movement. And the most powerful movements have always been built around what's possible, not just claiming what is right now.”

In 2006, Tarana describes how she was so fed up with the sexual violence that she saw in her community, that she took out a piece of paper, wrote ‘Me Too’ at the top and then wrote down an action plan for building a movement of empathy between survivors that would help them to feel like they could heal. 11 years later, what began in her local community became a global movement that shook the world. In this emotional speech, Tarana reflects on what has happened in the years since she first wrote down those words ‘Me Too’, the progress, the setbacks, the backlash, and the emotional weight that it has carried.

But she also looks towards the future and the vision of the Me Too movement, which is a collective vision to see a world free of sexual violence. And she tells us, in no uncertain terms, that what it will take is to dismantle the building blocks of sexual violence: power and privilege. Tarana reminds us that we all have a part to play in this vision and that we can “reshape that imbalance by speaking out against it in unison and by creating spaces to speak truth to power.” 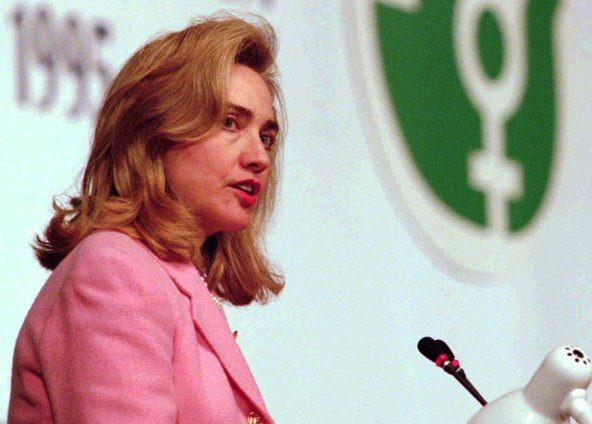 In 1995, first lady Hillary Clinton gave a speech at the 4th UN Women’s Conference in Beijing that would go on to become one of the most formative speeches of her career and an important moment for women’s rights. In it, she famously declared that “women’s rights are human rights” and clearly showed how bettering the lives of women was fundamental to bettering the lives of children and families, and creating a more peaceful and prosperous world. As Hillary so eloquently stated, “as long as discrimination and inequities remain so commonplace everywhere in the world, as long as girls and women are valued less, fed less, fed last, overworked, underpaid, and not schooled, subjected to violence in and outside their homes, the potential of the human family to create a peaceful, prosperous world will not be realised.”

What was particularly inspiring about that speech, was not only what she said, but where she said it. She defied both US administration and Chinese pressure to water down her remarks and once again showed us what is possible when a woman stands in her own power. Hillary has said she had no idea of the impact that speech would have and that 27 years later, it would continue to inspire so many of us.

This is a small snapshot of the incredible speeches that so many remarkable women have made as they speak truth to power. I hope it inspires you to have the confidence to speak up and let your voice be heard. Because it’s time. Time for inclusiveness. Time for safety. Time for the feminine to be unleashed in all its glorious power. Time indeed for real feminine power.